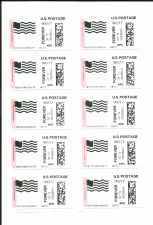 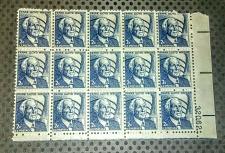 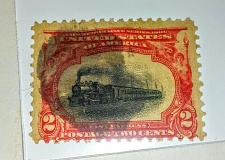 Like all collectibles, stamps have their own Errors, Freaks and Oddities (EFO) to them as well, and some of them are quite valuable. An error stamp is something that has major mistake that gets repeated, such as missing perforations on the sheet. Freak stamps have small mistakes on them, nothing as major as errors. Oddity stamps are different than the others. These are anomalies that happen with the stamps and are not exactly mistakes. One kind of oddity could be a testing sheet used to gauge certain factors, which may need to be altered.

One of the most popular and famous stamp error is the 1918 Inverted Jenny 24 cent stamp, which only 100 are known to exist and depicts an upside-down Curtiss JN-4 biplane. It wasn't detected during printing and only affected one sheet, which was printed upside down because it was fed into the machine incorrectly. These US airmail stamps are worth easily $850,000 and up to well over a million dollars. Sometimes, these errors are spotted and a fix needs to be done on some fundamental level of the design or printing process.

Inverted stamp images are by far the most famous and usually the most valuable finds. Internationally, the Inverted Swan stamps from Australia, is a highly famous. It was printed in Western Australia in 1854, depicting a black swan, the symbol of the colony. Although the frame around the swan was printed upside down.

Another popular international error came from Fiji in 1938. This was a red 1� cent stamp that depicted an outrigger canoe with it's sails into the wind. Unfortunately, the artist who designed the stamp, did not put a sailor on the ship. This didn't make sense because no one was steering the ship. Eventually, the artists had to add a sailor and re-engrave the plate. These stamps with the missing helmsman are a different kind of valuable error that was printed for some time.

A 1967 stamp from the Cook Islands had a spelling error on it. This particular one featured a simple water lily, but the text that described it said: Walter Lily. Fortunately, spelling errors are much easier to correct than difficult artwork. A 1965 Malawi stamp that was supposed to be depicting Lake Nyasa, had incorrectly called it Lake Malawi in error. A 1959 stamp from East Germany was printed to commemorate Robert Schumann, a 19th century composer. Although the image depicted music in the background that was actually composed by Franz Schubert. These are just a handful of great stamp errors created around the world.

Compositional errors are the type of errors when you misidentify a subject for something else, like the East German stamp. An example of another one like this happened in 1932 when the depicted Pagasnjan Falls on a Filipinos stamp looked identical to Vernal Falls, which is actually located in Yosemite National Part in the State of California, USA. Another interesting error by the American Bank Note Company for a US stamp in 1897 was the Newfoundland stamp. It was supposed to feature John Cabot, a famous explorer, and his 15th-century ship Matthew. Instead, they took an older, previously printed stamp from 1893 depicting the Santa Maria (one of Christopher Columbus's ships) and used that same ship in place of the John Cabot's ship. Basically, they were cutting corners, but the collectors spotted the error!