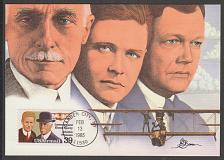 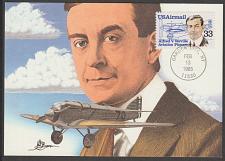 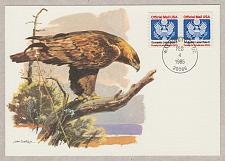 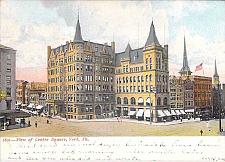 Stamp collectors and philatelists are sometimes highly interested in US Stamp Covers or also known as Philatelic covers. Basically, these are envelopes with postage stamps attached to them. They are almost always canceled since they were typically moved through the mail and post office. These sometimes contain other interesting markings on them. Highly collectible covers are called First Day Covers (FDCs).

These stamp cover collectors are also interested in covers with historical dates, fancy cancellations and other unique graphics and markings. Postal history collectors are a slightly different type of collector and they are also interested in covers because they can track down the path and journey that a letter based on the markings, and of course, collect the stamp that is attached to the letter.

An advertising cover is quite popular in the field of US philately as well. Sometimes they have high quality illustrations on the envelope, but not necessarily a rare stamp. These illustrations or cachets tell a story about the type of goods or services that the advertiser is send, even the history of the sender itself.

Disaster covers are another item that is sought after. These are quite interesting because they are salvaged from disasters such as airplane rashes, derailed trains and even from shipwrecks of sunken boats. One very highly collectible cover comes from the 1937 Hindenburg airship fire disaster. Only 200 covers survived out of 17,000. In modern times, disaster covers from Hurricane Katrina were collected in the US, which were hand-canceled by the postal service on April 3, 2006, which was the first day that postal service resumed normally after the disaster. Another major cover was from mail that was irradiated with radiation to sanitize them during the 2001 anthrax scare. These envelopes had the words "Mail Sanitized" on them.

Getting back to some background on First Day Covers, or also known as FDCs: These are some of the most popular ones to collect. These are covers for major events, such as the beginning of the summer or winter Olympics, or the Apollo 11 first landing on the moon in July of 1969. They can also honor famous people. A major series ran from 1965 through 1978 called Prominent Americans Stamps, and featured many people including our second US president Thomas Jefferson, Frank Wright and others. An easier one called The Series of Famous Americans started in 1940 and had 35 influential people as well.

Military Mail is another topic of covers that stamp collectors have been interested in. These can sometimes be tracked through specific Army Post Office (APO) centers. These patriotic covers are also of interest to the postal history collectors as well because some have dates or marks from the Civil War or World War II, including franking marks, rates imposed and cancellation stamps on them. In addition, postal history buffs are also interested in collecting covers related to the postal service itself, such as the Pony Express from the 1800s and the Graf Zeppelins in the early 1900s.