US Air Mail Back of Book Collectible Stamps 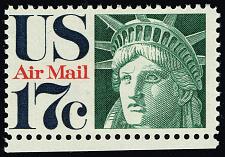 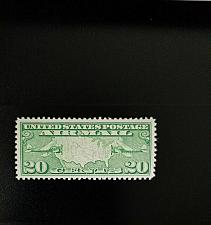 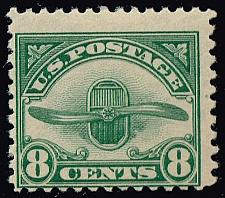 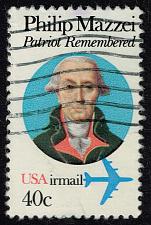 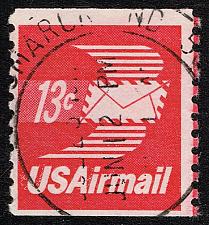 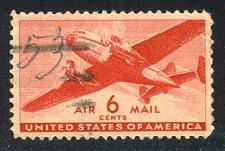 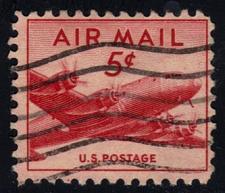 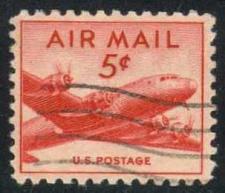 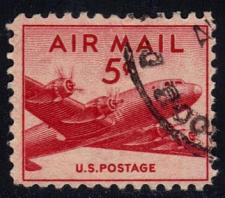 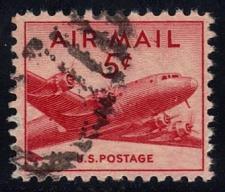 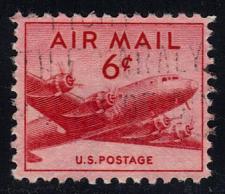 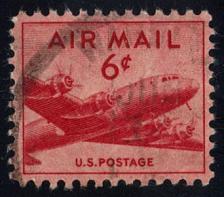 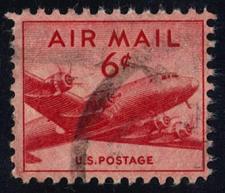 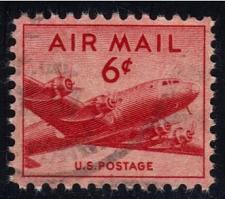 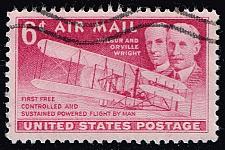 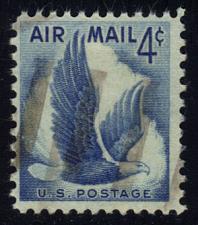 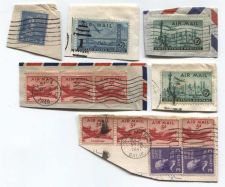 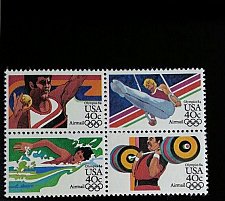 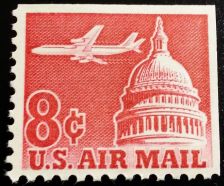 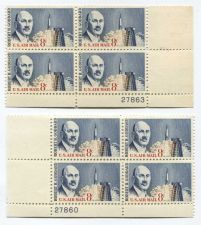 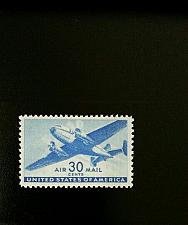 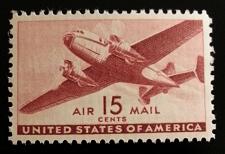 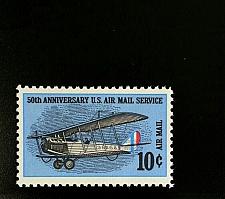 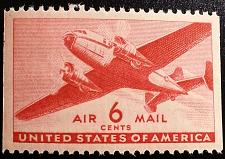 US Airmail came into use during the early 20th century and 1900s shortly after the airplane was invented and improved. This became a premium postal service in the United States, and later the rest of the world, which required their own separate postage rates and airmail stamps. These stamps also tell a story about the early history of aviation trade and commerce, which included biplanes, flying boats and Zeppelins. The study of airmail and air mail stamps is a branch of philately called: Aerophilately

The first airmail stamps were printed in 1918, which only covered postage from New York to Washington. This was a 24-cent stamp that depicted the Curtiss Jenny, which was the airplane that was used to carry the mail. This is also one of the most famous stamps ever issued in the US because 100 of them were printed with the plane upside-down, which is an extremely rare variety that can fetch at least $1 million dollars or more.

Regular airmail across the entire country of the United States was established on July 1, 1924. They created three zones consisting of paths between New York and Chicago, Chicago and Cheyenne, and Cheyenne to San Francisco. So someone could send mail anywhere in the US by air and it could be passed from zone to zone - at a cost of 8 cents per zone that it needed to travel. This is why airmail stamps were printed in denominations of 8, 16 and 24 cents!

Just about two years later in February 1926, the US Post Office began contracting their airmail out to private companies. More stamps were printed and used for contract airmail routes (CAMs), which depicted a map of the U.S. One of the most popular airmail stamps printed was that of Charles Lindbergh and his historical flight of May 1927. The stamp featured Lindbergh's airplane: The Spirit of St. Louis. In 1928, two more stamps were issued for airmail: The Winged Globe and Beacon on Rocky Mountains, which are highly collectible. Also during this time, the cost of airmail began to decrease.

On November of 1935, the Post Office Department ordered to take over the airmail service throughout the Pacific due to the increasing threat of war with Japan. Pan Am then became the chosen carrier of mail across the Pacific. During this same time period, three more zones for US airmail were created call Trans-Pacific zones, which included routes between San Francisco and Hawaii, Hawaii and Guam, and Guam to Philippine Islands. The costs were more expensive at 25 cents per airmailing zone. Two years later in 1937, the cost was reduced to 20 cent stamp issues and the entire airmail trip from the US Mainland to the Philippines, was reduce to 50 cents. In addition, the airmail system expanded to include Hong Kong in China.

On May 20 of 1939, Pan Am began cross-Atlantic airmail to a few new routes. These routes were from New York to Marseilles France. On the way to France, they traveled through Portugal as well. The cost for Atlantic airmail was 30-cents per stamp. Unfortunately, service did not last long due to World War II. During the war, 7 new stamps called Transports were printed and depicted a transport plane with twin-motors. These seven transport stamps had different denominations as well.

Some time after the war, commemorative stamps were issued. One notable stamp was a 75th anniversary issue in 1949, which honored the Universal Postal Union. In 1968, a stamp was issued on the 50th anniversary of the US airmail service. Logically, most of the commemorative airmail stamps honored aviation themed figures and events, such as Amelia Earhart, the Wright Brothers, Robert Goddard, Charles Lindbergh and others.

Buy and sell collectible US airmail stamps online at UniSquare.