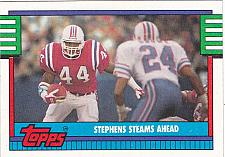 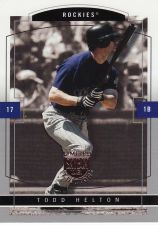 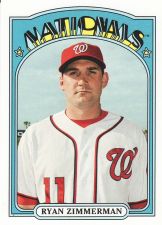 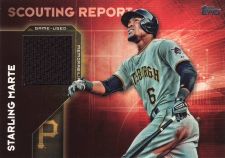 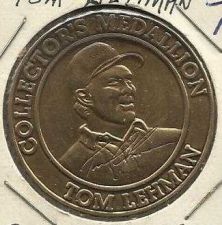 Sports Memorabilia is a kind of collectible that includes autographs, sport cards, posters, vintage memorabilia and used memorabilia from a sporting event. Also, it can include Fan Shop products like apparel, jerseys, caps, souvenirs, key chains, watches, pins, pennants, coins and items that fans would buy at the stadium, online or park where the sporting event is taking place. Each sport has their own items for collection and loyal fans.

One of the most popular sports today is Football. Typically, NFL Football is the most popular sport in America with highly collectible and valuable gear. Some of the neatest memorabilia include signed footballs, either signed by an entire team or a single player. Autographed shirts, NFL jerseys, hats, football cards and posters are widely sought after. Some of the most popular players are Walter Payton from the Chicago Bears, Brett Favre from the Green Bay Packers, Tom Brady from the New England Patriots and so on. These items can come from regular season games, playoffs and the Super Bowl. In fact, Super Bowl rings are even sold by players and are worth huge sums of money to the right collector. Other than the NFL, there is also the NCAA (College Football), CFL, XFL and other lesser known leagues.

Baseball is called "America's Pastime" or "National Pastime". This sport was the most popular game during the late 19th century and early 20th century. There are many vintage baseball collectibles and cards that are worth quite a bit of money, and collectors buy and sell them all the time. Major League Baseball (MLB) is the most popular league and their fan gear and memorabilia include bobbleheads, baseball helmets (signed or autographed as well), signed baseballs, MLB jerseys, caps, hats and t-shirts. Other souvenirs include watches, keychains, pins and buttons, throwback jerseys, photos, posters and more. Other major leagues include the NCAA Baseball (College) league, Minor-league baseball and Negro League. Popular teams include the New York Yankees, Chicago Cubs, Boston Red Sox and others. Babe Ruth and Joe Demaggio are some popular names synonymous with the game.

Basketball is another popular game with lots of fans. Particularly, the NBA Basketball league is the most popular in America. Fans typically would be excited to buy a game-used basketball signed by a team, or by players. NBA jerseys, shirts and hats are desired and are worth more cash if they are autographed by basketball players. Some big names in the game include the legendary Michael Jordan of the Chicago Bulls, Scottie Pippin, Larry Bird from the Boston Celtics, Magic Johnson from the Lakers, Shaquille O'Neal and Kobe Bryant. Other popular leagues are NCAA Basketball (College) and WNBA (Women's basketball). Like all collectibles and memorabilia, the value depends on rarity and condition. Antique and vintage sports cards can be worth quite a bit and basketball cards are also collected.

Hockey is another popular team sport on ice. The NHL Hockey league features the Chicago Black Hawks along with big names like Steve Yzerman from the Detroit Red Wings and Patrick Roy. Fans typically buy NHL jerseys (sometimes signed and autographed), replicas of the Stanley Cup, hockey pucks, hockey sticks, equipment, nets and even skates used in the ice rink. Other common memorabilia include caps, shirts, pins and other game souvenirs. Other popular leagues include NCAA Hockey (College), Team Canada and the Minor Leagues.

One sport that has really boomed recently is Racing, particularly NASCAR which is the king of stock car racing. This sport includes famous legends like Dale Earnhardt, Dale Earnhardt Jr., Jeff Gordon, Bobby Labonte and Danica Patrick. Motorsports have been around since the late 1800s and there are plenty of vintage racing memorabilia out there. Fans usually pick up NASCAR jackets, shirts, coins, posters, photos, racing flags and other souvenirs, or buy them online. Model cars are also sought after, especially signed or autographed ones. Pocket watches and clocks geared towards racing, are great fan items. Even tires and used gear from the race track can be signed and sold away as valuable memorabilia for fans. Other racing circuits include Indy, NHRA and Formula 1 racing.

In the recent past, Boxing was very popular before controversy really brought it down. The die-hard fans especially remember the golden days of boxing with names like Muhammad Ali, Sugar Ray Leonard, John L. Sullivan, George Foreman, Mike Tyson, Oscar De La Hoya, Lennox Lewis, Evander Holyfield, Joe Louis and of course Rocky Marciano, some of the greatest fighters ever. A few of these boxing stars participated in the Olympics and there are some great boxing memorabilia and collectibles out there for every weight level of boxing, including heavyweight and middleweight classes. Some of these items included signed or autographed boxing gloves, posters, photos and books. The champions would often win golden belts. Big title events included the Golden Gloves or the World Heavyweight Champions.

Soccer on the other hand is beginning to become popular in the United States. Otherwise, it's one of the biggest sports elsewhere in the world. There are many leagues including the MLS, FIFA, World Cup, British League, European League and USL. Fan gear items include soccer jerseys, shirts, soccer balls, posters, blankets, DVDs, photos and especially the Vuvuzela noisemakers! Besides the valuable autographed and signed items, serious collector fans also look for stadium signs and trophies as well. Big names in the sport include David Beckham, Mia Hamm, Roberto Baggio, Rolando and Pele. Mia Hamm is one of the best on the female team. Some of them have gone to the Olympics and major soccer fan memorabilia includes autographed 1996 UEFA Cup pennants or USA soccer team jackets.

Golf is another popular sport with many fans looking for apparel and souvenirs. These can include golf balls, tees, golf clubs, hats, photos, publications, PGA pins and bags. It is especially exciting for a fan to get an autograph from a big name professional golfers like Tiger Woods or Jack Nicklaus. The Semi-Professional classes also have big fans. The PGA Tour is one of the most popular golfing tours in the world. The Masters, US Open, and British Open are other major golf tours. Shirts, golf balls, serigraphs and notes are priceless and worth a bit of money for golf memorabilia collectors.

Tennis is another usually a one-on-one sport that requires speed, skill and dexterity. Big names in the sport include Maria Sharapova, Andy Roddick, Lindsay Davenport, Andre Agassi and others. Some of the big tournaments include the US Open, Wimbledon Championships, Australian Openand French Open. Fans and collectors are typically looking to buy tennis apparel, memorabilia and souvenirs, including tennis balls (sometimes signed or autographed), tennis rackets and shoes. Tennis fans are not only looking for original items, but also reproduction memorabilia from pro players in the sport like Serena Williams, Venus Williams, Chris Evert, Jennifer Captriati and of course those listed above. Many of this items can sell for big bucks depending on rarity and condition of course.

Wrestling memorabilia includes the real wrestling from the old days (which was far more dangerous) and the more modern WWE. The vintage fan souvenirs and antique collectibles from the original days are worth a bit of cash. There are also some valuable ones from the World Wrestling Federation (WWF) when Hulk Hogan, Randy Savage, Undertaker, Rick Flair, John Cena and Mick Foley were wrestling - before WWF became WWE (due to a trademark issue). Memorabilia and fan apparel included shirts (Hulk Hogan shirts especially), championship belts (Originals and Replicas), Lazortron masks, WWE publications, videos, ringside pay per view chairs and promo photos. Signed autographed souvenirs are worth quite a bit, even from newer heroes like The Rock and Stone Cold from WWE wrestling. Then there are the "real" wrestling memorabilia from the Olympic athletes as described below.

Horse Racing is also a big sport with many fans and lucrative betting. This sport involves both talented horses and human jockeys working as a team. Some big events include the Triple Crown, Breeder's Cup, Kentucky Derby, Preakness Stakes, Belmont Stakes and others. Derby collectors typically like to collect souvenirs like official Derby glasses, water glasses (which were first produced for the 1938 Kentucky Derby). Eventually, water glasses became mint julep glasses and usually features a list of the winners of the Kentucky Derby horse races from the year before. Others collect fan apparel including jockey shirts, posters, autographs, coins, medallion medals and much more.

Cycling also have a fan base stretching around the world. The biggest event is the Tour de France, which cyclists and bikers from around the world compete in. One big name is Lance Armstrong, a US rider who won 7 consecutive Tour de France championship. Many collectors are looking for autographs, artwork and replica reproductions of his trademark yellow cycling jersey. Although, Lance Armstrong has recently admitted to doping and his titles were stripped. Time will tell whether his cycling memorabilia will increase or decrease in value in the future.

The Olympics is a global, international sporting competition ranging from many various sports. There are the winter Olympic games held every 4 years and the summer Olympic games held every 4 years - 2 years separating the two seasonal games. All kinds of Olympic memorabilia exists and there are fans from every nation looking for apparel and Olympic memorabilia like team jackets, gold, silver and bronze Olympic metals, pins, coins, schedules, photos, posters and just about anything else from all of the different sports. Some big items are Olympic torches (originals, replicas or reproductions), or albums with signatures.