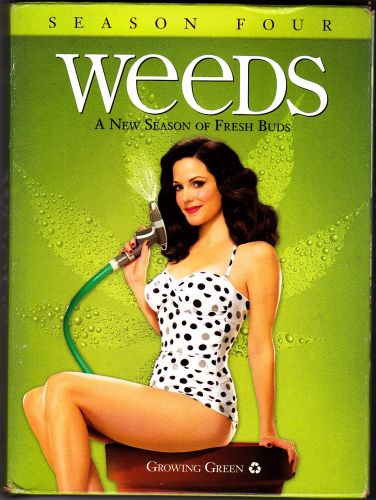 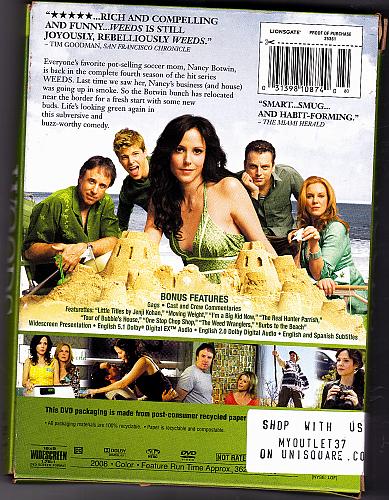 . Detailed item info In the fourth season of this hilariously subversive series, Mary-Louise Parker is back as pot-dealing widow and single mother Nancy Botwin. Thanks to some drastic occurrences, Nancy is forced to relocate her family from the idyllic Agrestic township to the home of her caustic father-in-law (Albert Brooks) in a small town near the border of Mexico, thereby leaving behind her business with Conrad and Heylia indefinitely. Soon enough, however, Nancy is waist-deep in a whole new world of problems involving her sons� raging hormones; her new drug-trafficking partner, Guillermo (Guillermo Diaz); a secret underground tunnel fronted by a maternity store; and Guillermo�s boss, a powerful and sensual druglord who moonlights as the mayor of Tijuana. To make matters worse, Celia (Elizabeth Perkins), who�s fallen into a drug-fueled mess, is snooping around the whole situation, as is one invested DEA officer. Meanwhile, the bumbling Andy (Justin Kirk) and Doug (Kevin Nealon) start an immigrant-smuggling operation only to find loves that just might destroy them. This set contains all 13 episodes of WEEDS�s fourth season., This three-disc set of "Weeds: Season 4" is the fourth installment of the hit TV comedy that follows a suburban mother, Nancy Botwin, after she finds herself in the unique position of being the neighborhood marijuana dealer. In the "Weeds: Season 4" set, Nancy has moved her family to her father-in-law's house on the Mexican border in an attempt to find a bit of peace, only to find herself faced with a whole new set of challenges. Created by Jenji Kohan, "Weeds: Season 4" stars Mary-Louise Parker as Nancy Botwin, Hunter Parrish as her son Silas, and Alexander Gould as Shane Botwin. The three-disc set of this TV comedy includes all 13 30-minute episodes of the season for a total run time of 262 minutes. Special features include a gag reel, cast & crew commentaries, and a handful of featurettes that include "Little Titles," "Moving Weight," "I'm a Big Kid Now," and more. Audio is provided in English and the DVD includes subtitles for English and Spanish. Product Details Number of Discs: 3 Rating: Not Rated Film Country: USA UPC: 031398108740 Leading Role: Elizabeth Perkins, Kevin Nealon, Mary-Louise Parker, Justin Kirk Genre: Comedies, Television Format: DVD . 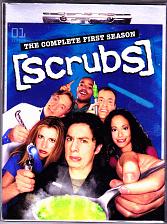 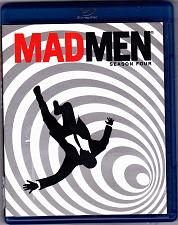 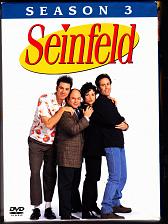 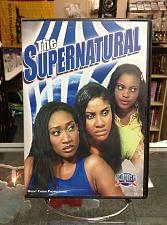 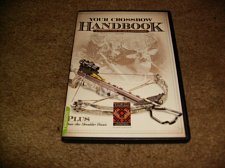 your CROSSBOW HANDBOOK DVD volume one care & maintenance PLUS hunts by TENPOINT
$13.97  Buy It Now 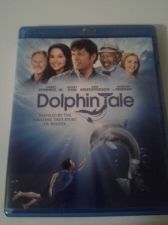 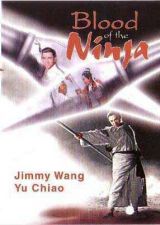 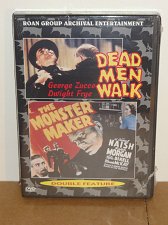