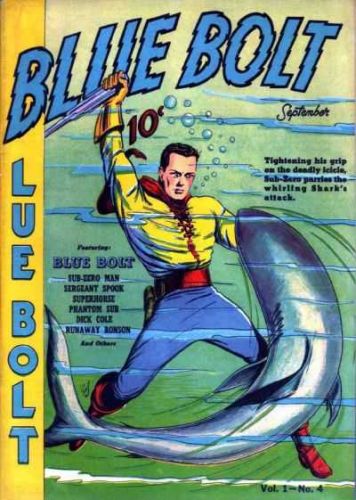 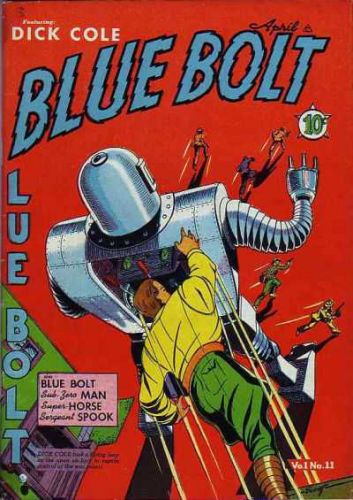 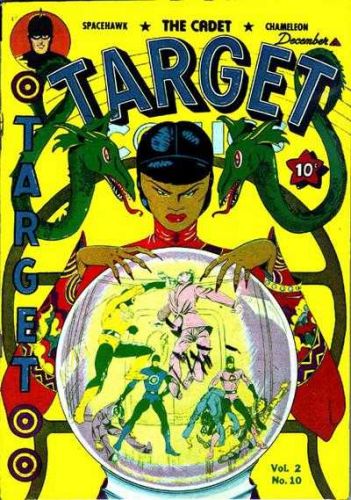 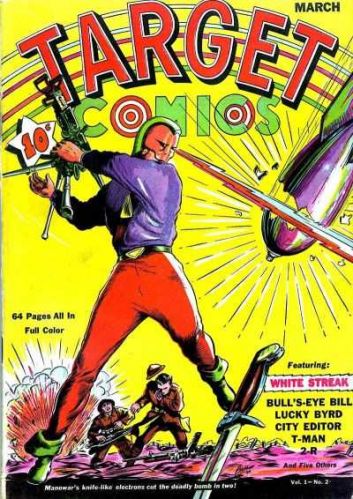 Target Comics debuted with a cover date of February 1940, featuring such stars as Bull's-Eye Bill, Lucky Byrd, and The White Streak (Target's only superhero). Material for the book was supplied by Funnies, Inc., a packager also responsible for many of Marvel Comics' early characters. Creators included Bill Everett, Joe Simon, and Tarpé Mills. Basil Wolverton's Spacehawk (which originated in Circus comics) made its Target Comics debut with issue #5, and ran for many issues. The superhero Target, created by cartoonist Dick Briefer under the pen nam "Dick Hamilton", was introduced in issue #10 (Nov. 1940), accompanied by the Targeteers the following issue.

The Overstreet Comic Book Price Guide suggests that the first comic book letter column may have appeared in Target Comics #6. The page in question also has an early mention of comic-book collecting)

The title character superhero was created by Joe Simon, and Blue Bolt #2 (July 1940) featured the first pairing of legendary Marvel cartoonists Simon and Kirby. The two teamed for fewer than twelve issues, turning over the book to successors including Dan Barry, Tom Gill, and Mickey Spillane — before his creation of the detective character Mike Hammer in novels. (A reprint collection of the Simon & Kirby issues of Blue Bolt was published by Verotik in 1998 ISBN 978-1-885730-40-4.)[4] Malcolm Kildale's Sgt. Spook, an undead detective, was a regular backup feature in Blue Bolt for most of its run. Blue Bolt ran for 110 issues, the first 102 published by Novelty Press, and the rest published by Star Publications.

The Adventures of Dick Cole

A popular backup feature in Blue Bolt (and later 4 Most), Dick Cole had his own title from 1948 to 1950 (the first five issues published by Novelty Press; the rest were published by Star Publications). Dick Cole was created by cartoonist Bob Davis (The Chameleon), but others who handled the character include Al Fagaly (Super Duck), James Wilcox (Dolly O'Dare), and Jack Hearne (The Cadet).

All of the material that is contained on these DVDs have been carefully researched and determined to be in the public domain. No copyrights have been infringed upon. Characters are only used as allowed by fair use law to describe the product being sold and are trademarks of their respective owners.


The seller has no association with any publishers of the original materials and/or trademark owners and no such affiliation is intended or implied.

These are professionally labeled DVDs collectible in their own right!. And so incredibly affordable!

The same titles in hard copy would cost you thousands upon thousand!
You could spend a fortune on fragile comic books! You could hunt for years and years for the issues you are missing!
Or you could get them all complete and in consecutive order right here in CBR format on an easy to use DVD.
With this collection you can read your favorite comics without worrying about damaging them!

Enjoy these comic books on DVD 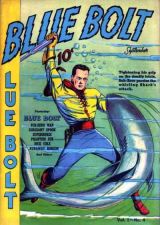 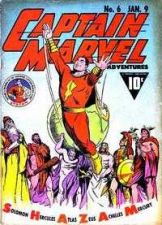 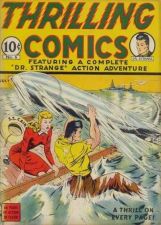 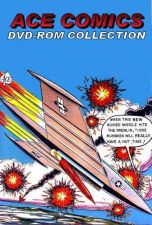 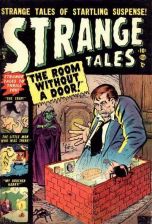 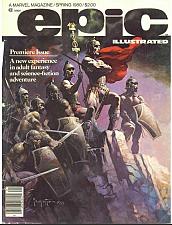