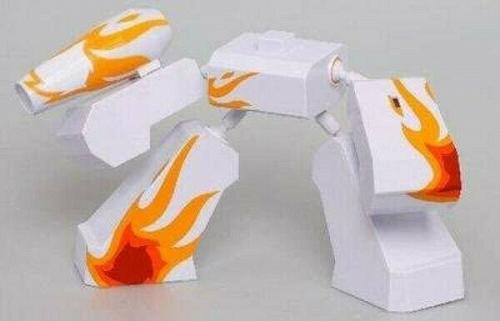 Supermodified Studios Mod:1 Flame Edition Designer Vinyl Toy Figure
New in beat up box.
"Nick Mannion combined his love of robots and his desire to participate in the designer toy movement to create MOD:1 — limited-edition robot figures.
Shown at this year’s SDCC, MOD:1 is inbound from Nick’s company, Supermodifiedstudios,  with an estimated splashdown of October ’07.
To convey the hard edged lines of the robot’s design, MOD:1 features ABS construction with considerable articulation and a removable blaster/jet pack accessory.
The accessory can be used as a weapon when installed on the slot on either arm and as a jet pack/engine with the use of the rear torso slot
(this configuration is not pictured here).   MOD:1 is a sizeable toy standing 7" tall and at it’s maxium reach – 13" wide.
The first series features six editions: Camo, Coinop, CTRL,  Flame, WIFI, and Zer07. Each edition is limited to a scant 200 pieces.
Props to Nick for the initiative and risk-taking  of applying the designer toy ethos  to a relatively uncovered genre – bad ass robots and mechs.
It’s refreshing  to see people taking the risk to self-produce their own vision instead of following the safe-path of the  tried and true." 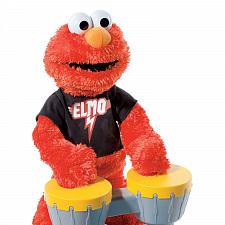 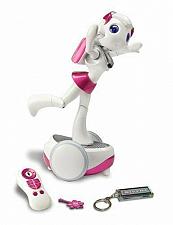 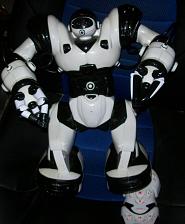 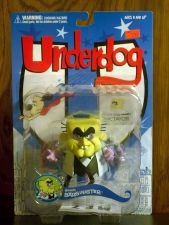 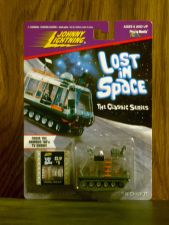 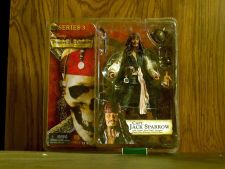 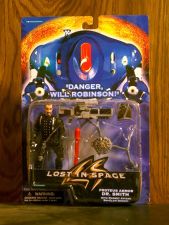