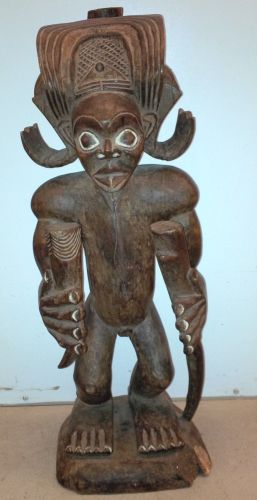 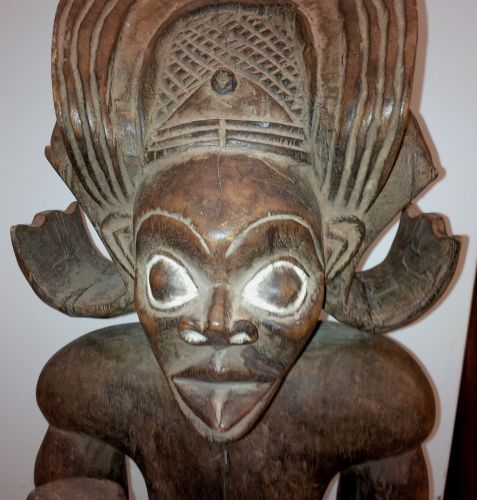 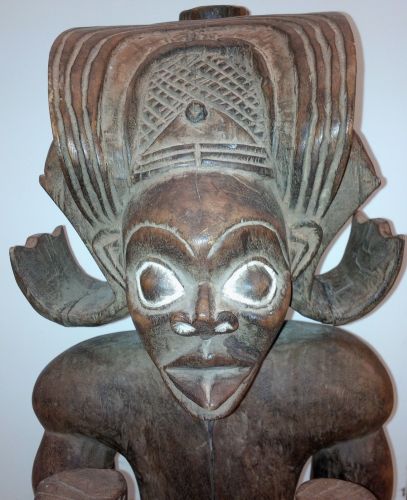 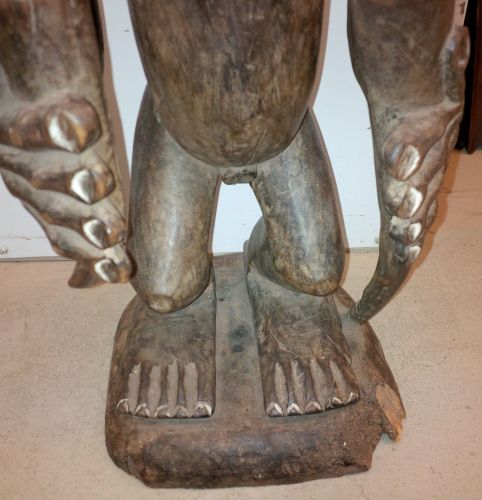 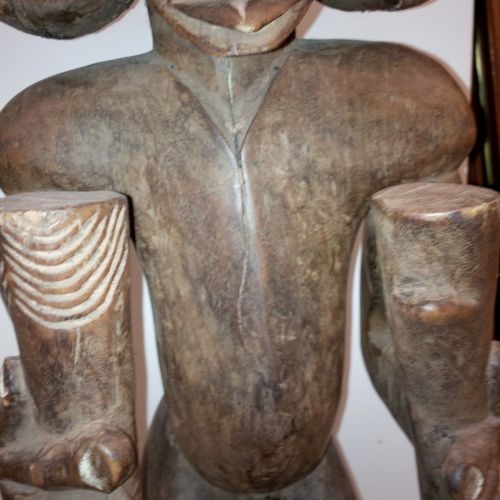 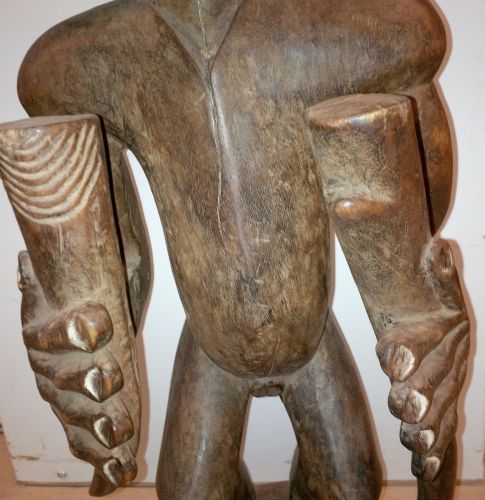 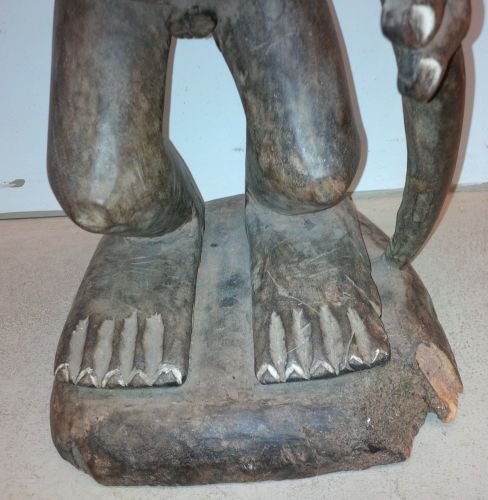 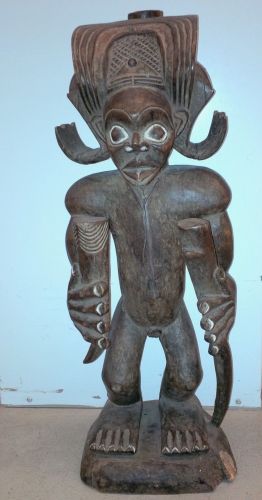 For your consideration is a genuine 19th century African Tribal carved wood statue, Chokwe, Chibinda Ilunga, from Angola.
This imposing figure represents the hero Chibinda Ilunga, royal ancestor of the Chokwe people. According to legend, Ilunga, the son of a great Luba chief, wooed Lweji, a Lunda chieftainess. He introduced into that tribe the concept of divine kingship and also taught the Lunda the art of hunting. From their union, if rather indirectly, came the Mwata Yamvo rulers of the Lunda, to whom the Chokwe not only paid tribute, but also regularly furnished sculptors who produced many kinds of court art almost up to the present day. By association, Chibinda Ilunga became a culture hero and model for Chokwe chiefs as well. The figure of Chibinda Ilunga came to represent the archetypal chief who maintains the well-being of his people, and he also served as a role model for men in Chokwe society. This figure wears elaborate headgear with rolled side elements as a sign of his royal rank. He holds a staff in his left hand and a carved antelope horn in his right. Since the hunter chief was the most sacred subject portrayed by the Chokwe, such figures were attempted only by the most skilled artists. This sculpture conveys the physical strength and stealth of the hunter’s body as well as the sensitivity and intelligence of a great leader’s face. Eyes are painted as well as the fingernails and toenails.
Condition: paint loss, wood loss, repairs, shrinkage splits, and signs of age. This is an old and authentic example showing beautiful patina acquired thru age.
Please refer to photos as they are part of the description. Size: 22.5" H
SPECIAL OFFER: FREE ECONOMY SHIPPING TO USA & CANADA. 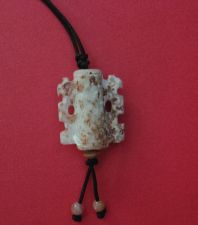 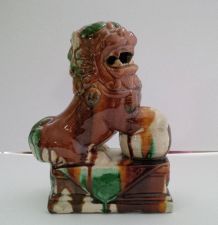 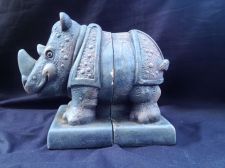 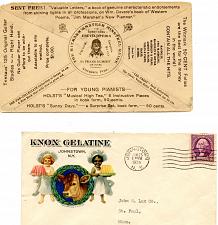 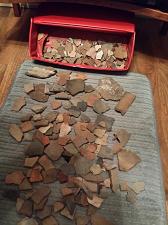 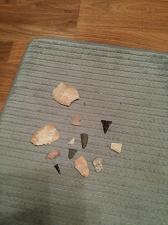 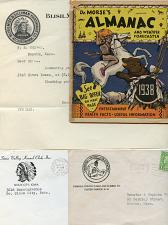