STAMPS and POSTAL HISTORY of ALBANIA by Th.Nika. Book in English

Shipping Information: If you win 2 or more items I can combine the SHIPPING. Shipping include tracking number.

If you are looking for any other book from Albania please contact us.

"STAMPS and POSTAL HISTORY of ALBANIA"

BIBLIOGRAPHY OF PUBLICATIONS ON ALBANIAN POSTS AND STAMPS

(This subchapter provides useful information, as well as my considerations, on the books of John S. Phipps, Friedrich Wallisch, Helmut Schappah, on the philatelic magazine “The Scanderbeg”, and other reviews written by other foreign authors in relation to Albanian post and stamps.)

(This subchapter provides information on what has been written on the subject matter of Albanian posts and stamps from Albanian authors up).

POSTS AND STAMPS IN ALBANIA BEFORE THE INDIPENDENCE

This chapter is dedicated to the time period during which Albania was still part of the Ottoman Empire. It deals with the:

It includes also a subchapter titled “An enigmatic emission: Modiano’s stamps”, which in fact has been produced in 1912, but was not put in circulation.

THE BEGINNING OF THE HISTORY OF ALBANIAN POST OFFICE AND STAMPS

This chapter focuses on the period 1912-1914 and deals with the Albanian postal service and the emissions of stamps issued by the government of Ismail Qemali and that of “Middle Albania”, or otherwise called, the government of “Esat Pashë Toptani”. The third chapter includes the following subchapters:

-         The third emission, the most interesting and diverse emission in the Albanian collection;

-         The first anniversary of independence in a philatelic emission;

THE POST OFFICES AND STAMPS IN THE BEGINNING, DURING AND AFTER THE FIRST WORLD WAR (1914-1939)

The emission “Gjirokastra” on ottoman stamps

Seals in the post service during the Greek invasion

The emission “The raising of the national flag-Shkodër 1914”

Emission of the International Control Committee

The seal stamp of Tepelena

The seal stamp of Berat

The seal stamp of “Financial Office in Elbasan”

The post office and stamps of the autonomous region of Korça

Albanian panorama by the end of the First World War

The image of Albania after the Congress of Lushnja

The stamps “SELF-GOVERNMENT OF MIRDITA” 1921

The stamps produced in Vienna

Emissions in favor of the Red Cross

Commemorating the day of proclamation of the Republic

Stamps for the air mail service printed in Berlin

Three emissions with overprints on stamps of 1927

An emission with overprint on overprint

Overprint of postcards and envelopes with stamps

Air mail post service and its stamps during the monarchy

Commemorative stamps on the 25th anniversary of independence

The marriage of Zog in a philatelic emission

An emission that was not emitted

Italian stamps with overprint for use in Albania

The first stamp with signs of liktori

The emission with the overprint “1 Qind”

The Italian-Greek war and its consequences on Albanian post service

The Albanian post and philatelic emissions during the German occupation period

The emission with overprint “14 September 1943”

Variations in the emission with overprint “14 September 1943”

Emission that were not emitted

Post and telegraphic censorship during the Italian and German occupation period

Isolation, empiricism and stamps with overprint

Broadening of the philatelic emissions themes

ALBANIAN POSTS AND STAMPS AFTER 1990

This chapter has a subchapter, which describes the theme of Albanian posts and stamps in philatelic documents of the Council of Europe.

The subject matter of this chapter is completely special and has never been touched upon by anyone.

The book contains also a big number of color illustrations that all together, form an album of great philatelic value.

The last part of the book contains the:

Thimi Nika was born on February 11, 1949. In July 1970 he completed the university studies in the Faculty of Political and Juridical Sciences of the University of Tirana.

During the time period 1971-1988 he worked as a journalist in the newspaper “Zëri i Popullit”.

Since1997, he has been working in the National Institute of the Diaspora in the Ministry of Foreign Affairs of the Republic of Albania, where for nine consecutive years (September 1997 – August 2006) has been holding the position of the director of this institute.

Thimi Nika is a “Doctor of Sciences” and also a “Docent”.

Being at the same time a researcher in philatelic studies, Mr Nika is currently the editor in chief of the magazine “The collector”, published by the Albanian Collectors Federation.

For a long time now, he is a member of the State Stamp Commission.

Thimi Nika is the author of two other books. STAMPS and POSTAL HISTORY of ALBANIA by Th.Nika. Book in English
$69.99  Buy It Now

MARINE FLORA AND FAUNA IN THE ALBANIAN STAMP. Albania and English language
$24.99  Buy It Now MOTHER TERESA in the Albanian Stamps. Albania and English language
$29.99  Buy It Now 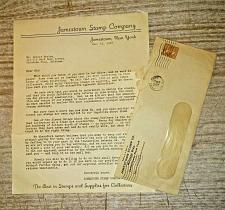 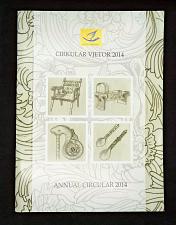 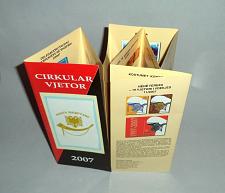 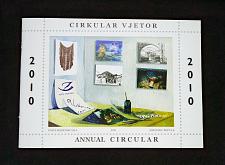 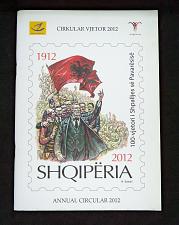