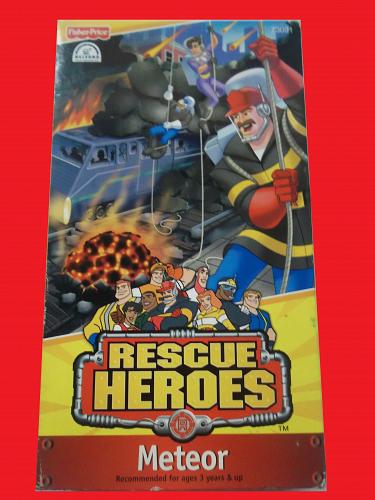 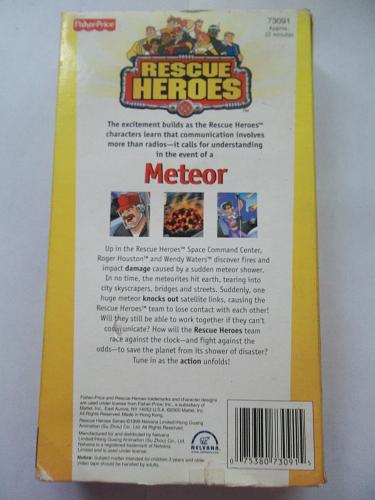 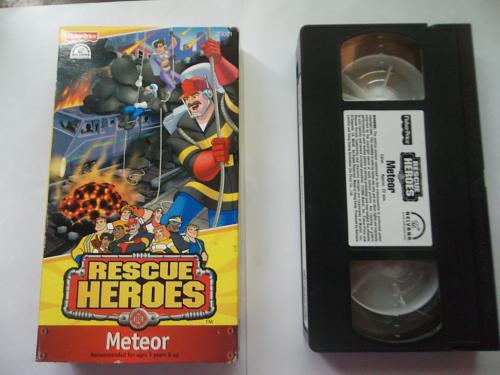 UPC CODE: 075380730915
PLUS FREE GIFT
RESCUE HEROES:
METEOR (CARTOON) FISHER PRICE
RATED FOR ALL AGES
"Rescue Heroes: The excitement builds as the Rescue Heroes characters learn that communication involves more than radios- it calls for understanding in the event of a METEOR. Up in the Rescue Heroes Space Command Center, Roger Houston and Wendy Waters discover fires and impact damage caused by a sudden meteor shower. In no time, the meteorites hit earth, tearing into city skyscrapers, bridges and streets. Suddenly, one huge meteor knocks out satellite links, causing the Rescue Heroes team to lose contact with each other! Will they still be able to work together if they can't communicate? How will the Rescue Heroes team race against the clock- and fight against the odds- to save the planet from its shower of disaster? Tune in as the action unfolds!"
Running Time: 22 minutes/Color/Rated For All Ages/1999
SHIPPING: USPS MEDIA MAIL WITH TRACKING 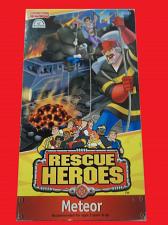 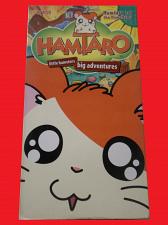 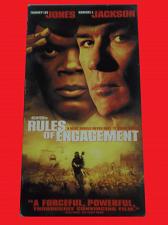 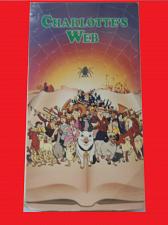 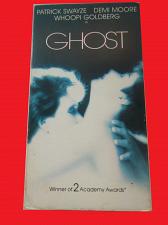