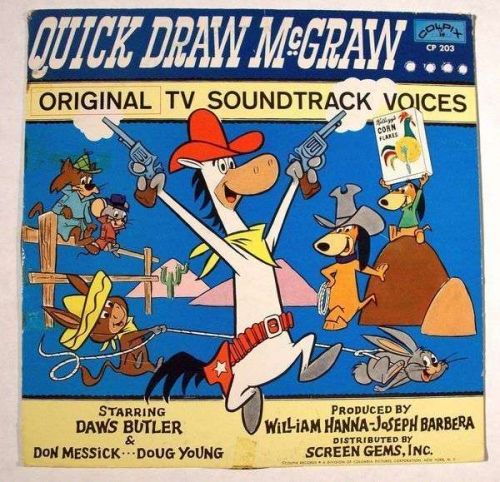 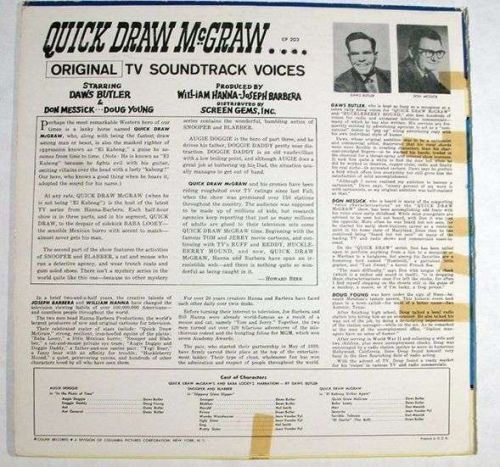 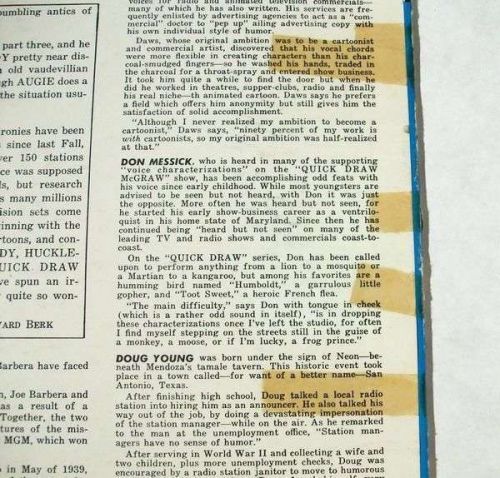 UniSquare Item ID Number:
1056475
Condition:
Used
QUICK DRAW McGRAW ~ Original TV Soundtrack Voices. Colpix CP 203. 1960. Starring Daws Butler & Don Messick ... Doug Young. Vinyl VG+. Cover VG-. The vinyl is Very Good, sounds great, I listened to it all. The cover has some wear. This is the only reason I'm not asking $60.00. There were two split seams, which I very carefully tape-repaired myself. That looks pretty good. However, awhile ago, a former owner had applied some old-time tape to hold the seams togethe, perpendicular to the seams on top of it, and the remaining residue is what you see in the picture. The old tape has since peeled off, but the color is still present. And that's the major flaw. So...an $80.00 mint, 54 year old record becomes a $30.00 album because of it. This is still, however, a rare and sought after collectible. So that's my price. Produced By William Hanna - Joseph Barbera. Kellogg's Corn Flakes are also advertised on the front cover. _______________________________ ******* IMPORTANT ****** Please Read >>>> Vinyl Grading. I use GOLDMINE: STANDARD CATALOG OF AMERICAN RECORDS for grading guidelines. Therefore, NM (Near Mint) will not be seen unless the album is still in original shrinkwrap. Most all of the albums and covers I sell will be VERY GOOD + (or) VERY GOOD. Here are Goldmine's defintions of those two classifications. Verbatim in part. VG+ VINYL > may show some slight sign of wear, including light scuffs or very light scratches that do not affect the listening experience. Slight warps that do not affect the sound are okay. Minor signs of handling are okay, too, such as telltale marks around the center hole. There may be some very light ring wear or discoloration, but it should be barely noticeable. VG+ COVERS > are close to their near mint counterparts. Only close. A cover may be marred by a cutout marking (cut corner, small hole punch, a cut in the spine) or promotional stamp. There may be some slight signs of handling, such as light creasing in the corners. There may be slight signs of wear at the most vulnerable areas, even a bit of ring wear. But all in all, except for a few minor imperfections, this should be a very nice copy. VG VINYL > have more obvious flaws. They may lack some of the original factory gloss. Groove wear may be evident, as well as light scratches. When played, a VG record will porbably have some surface noise, especially at the beginning of a song and at the end. But the noise will not overpower the music. You may run into an audible surface scratch, but will not be a major detraction from the music. Minor writing, tape, or a sticker may detract from the label. But overall, the record will still remain a fine listening experience, just not the same as if the record was in better condition. VG COVERS > have more signs of wear, such as minot seam splits, most common at the bottom center, middle of the spine, and the upper and lower right where the record is removed from the cover. These will not be overwhelming, and can be neatly repaired. Also, minor writing, tape, or stickers may detract from the cover. Visible ringwear will be more evident. There could be minor scuffing or cut out markings.Though a VG cover will still be pleasing to the eye, there's no way it could pass as new. FAIR or POOR vinyl I usually throw away, unless it's rare. FAIR or POOR covers may sometimes be sold, but only if the vinyl is still very good, and the album itself is considered collectable. I usually price this kind of quality very low. ************ Please, don't hesitate to ask questions if you have any. It is NOT an inconvenience to me. Talking about records has always been fun to me. That's why I do this. And I've been doing it over 54 years. I will get back to you as soon as I can after reading your Email. Give me a little time to get you an answer. You will recieve an absolutely 100% straight-forward answer. No clever BS. I am not interested in deceiving people. This is a hobby for me. In the end, I want to hear you're very happy with what you've bought from me. It's RECORDS, folks! 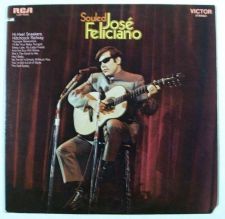 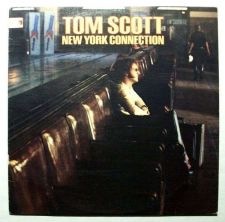 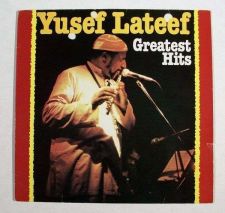 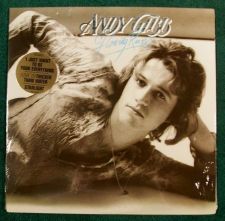 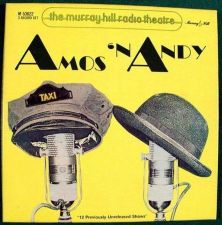