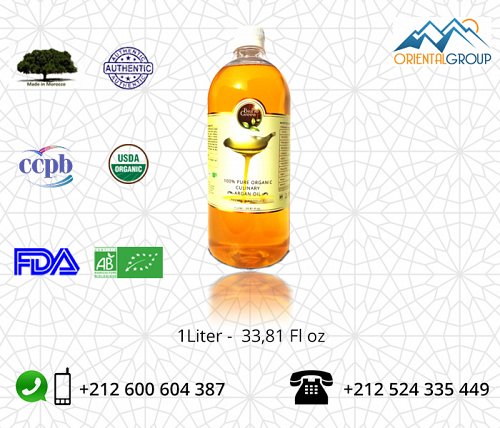 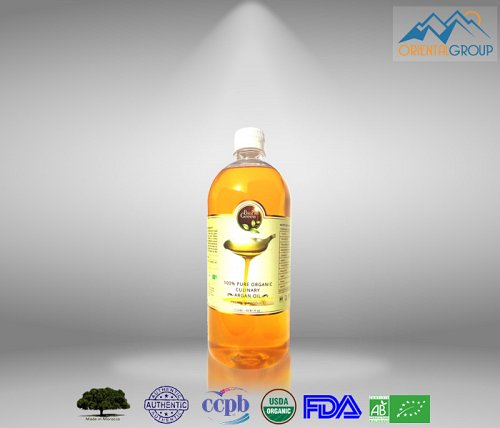 Argan oil is a rare commodity that comes from an Argan tree grown in the southwest desert of Morocco. Since it became very popular worldwide, it is now mostly used in different ways. Firstly, the oil is used as a gourmet pleasure due to its nutty taste and clear health benefits. It is rich in vitamin E and contains many antioxidants. In fact, Berbers living in this part of Morocco have been using this oil for hundreds of years and is particularly it has been useful in protecting and conditioning hair and skin.

The benefits of toasted Argan oil are becoming more popular and valuable in the food industry because of its nutritional qualities. The product is used as a seasoning and as a raw material for food commodities.

The toasted Argan oil are a fatty oil obtained from organic virgin Argan oil by application of cold pressure. To come up with a palatable Argan oil, the nut kernels are toasted before squeezing to bring out the delicious toasted nutty flavor. It is a dark yellow liquid with taste and odor characteristic of roasted almond. When toasted, it gives a particular color, has a unique taste and many benefits: rich in vitamin E, are very useful in the diet menu

The organic virgin and toasted Argan oil are used as a valuable food spice. This oil is consumed in Moroccan recipes and during their gourmet every day, while it improves the different flavors of food. It is an ingredient mixed into recipes and consumed for its taste, therefore this toasted Argan oil can be added to cookie dough, cake recipes (to add nutty flavor), in salad dressings, cooking food,  warm pasta (Spaghetti, Macaroni, Fusilli, etc.) eat stew, grilled fish and vegetable. So applying several drops on a green salad are enough to flavor your meal deliciously.

While Argan oil is a typical tagine and couscous ingredient from North Africa, recently it has made its way into the top European cuisine due to the efforts of the best chefs motivated by new oil. It is also combined with fish and meat dishes and is used as a basis for various seasonings.

Researchers have also found out that regular consumption of this oil will reduce the risk of developing high blood pressure up to 50%. The different uses of Organic Virgin and toasted Argan oil has made it possible to reach far and wide. This interest and demand for the product seem to have given Berbers a strong opportunity for global trade. 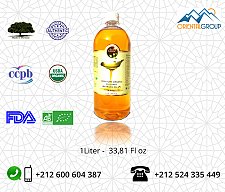 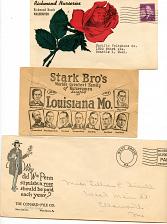 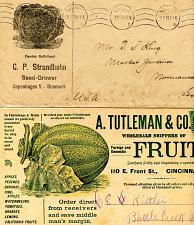