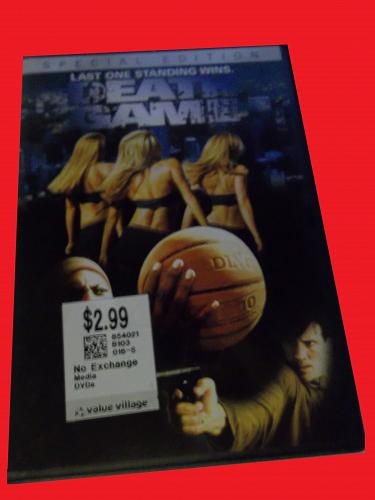 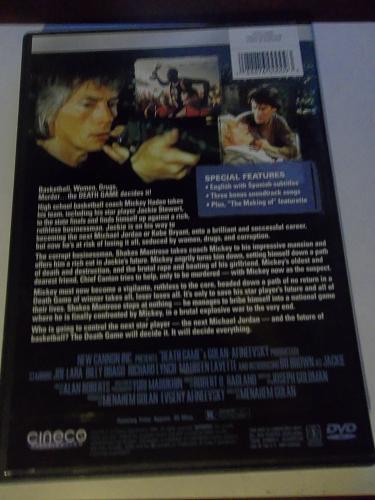 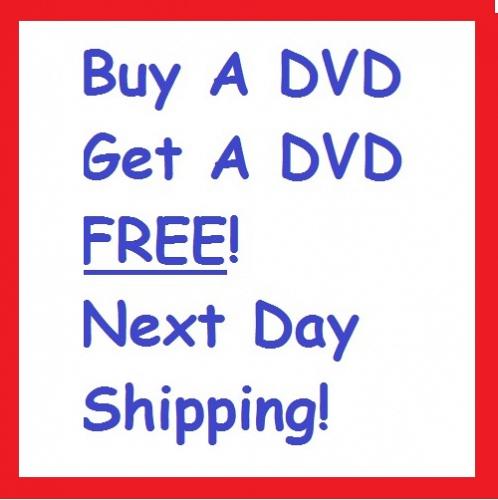 COMES WITH A FREE DVD: SEE BELOW FOR DETAILS!
PLUS FREE GIFT
NO SCRATCHES OR SCUFFS- CLEAN: FULL SCREEN
UPC CODE: 188876000093
DEATH GAME
SPECIAL EDITION, FULL SCREEN VERSION, RATED R
STARRING: JOE LARA, BILLY DRAGO, RICHARD LYNCH AND MAUREEN LAVETTE
LAST ONE STANDING WINS-
"Basketball, Women, Drugs, Murder...the Death Game decides it! High school basketball coach Mickey Haden takes his team, including his star player Jackie Stewart, to the state finals and finds himself up against a rich, ruthless businessman. Jackie is on his way to becoming the next Michael Jordan or Kobe Bryant, onto a brilliant and successful career, but now he's at risk of losing it all, seduced by women, drugs, and corruption. The corrupt businessman, Shakes Montrose takes coach Mickey to his impressive mansion and offers him a rich cut in Jackie's future. Mickey angrily turns him down, setting himself down a path of death and destruction, and the brutal rape and beating of his girlfriend. Mickey's oldest and dearest friend, Chief Canton tries to help, only to be murdered- with Mickey now as the suspect. Mickey must now become a vigilante, ruthless to the core, headed down a path of no return in a Death Game of winner takes all, loser loses all. It's only to save his star player's future and all of their lives. Shake Montrose stops at nothing- he manages to bribe himself into a national game where he is finally confronted by Mickey, in a brutal explosive war to the very end. Who is going to control the next star player- the next Michael Jordan- and the future of basketball? The Death Game will decide it. It will decide everything."
*SPECIAL FEATURES*
-THREE BONUS SOUNDTRACK SONGS
-PLUS, THE MAKING OF
-FULL SCREEN VERSION
-LANGUAGES: ENGLISH
-SUBTITLES: ENGLISH, SPANISH
Running Time: 95 minutes/Color/Rated R
*ALL SINGLE ORDERS COMES WITH A FREE DVD:
ROMANTIC COMEDY, ADULT HUMOR COMEDY, ACTION, SCI-FI, KIDS SCI-FI, DRAMA* 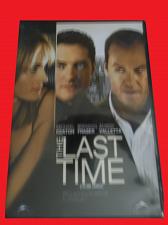 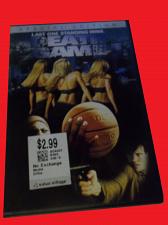 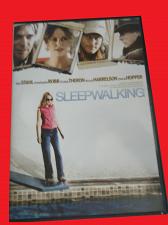 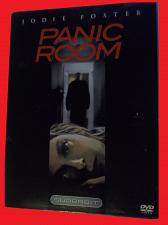 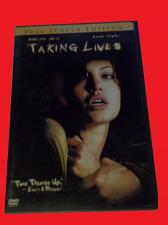 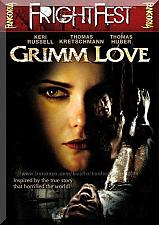 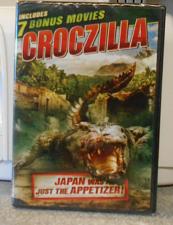 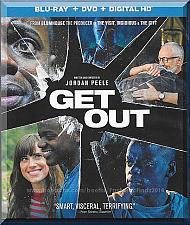