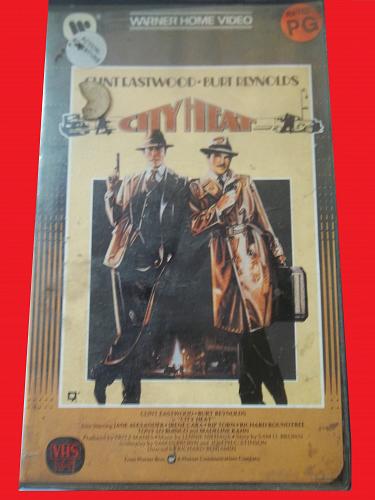 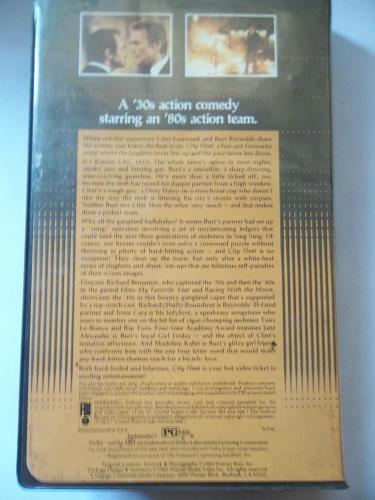 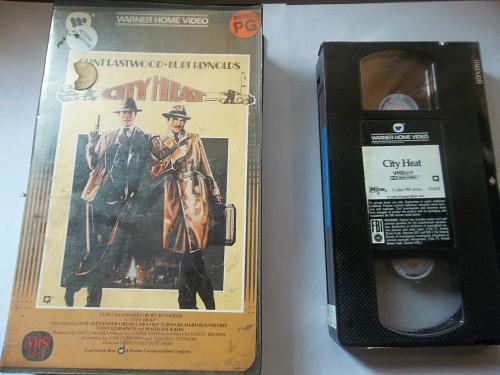 PLUS FREE GIFT
CITY HEAT
RATED PG
ACTION/ADVENTURE, ADULT FICTION
STARRING: CLINT EASTWOOD & BURT REYNOLDS
WARNER HOME VIDEO
A '30s action comedy starring an '80s action team. When red-hot superstars Clint Eastwood and Burt Reynolds share the screen, you know the hear is on: City Heat, a fun and fireworks romp where the laughter never lets up and the pace never lets down.
It's Kansas City, 1933. The whole town's aglow in neon nights, smoky jazz and bootleg gin. Burt's a smoothie, a sharp-dressing, wise-cracking gumshoe. He's more than a little ticked off, too, because the mob has tossed his dapper partner from a high window. Clint's a tough guy, a Dirty Harry-in-a-trenchcoat cop who doesn't like the way the mob is littering his city's streets with corpses. Neither Burt nor Clint likes the other very much-and that makes them a perfect team.
Why all gangland hullabaloo? It seems Burt's partner had set up a "sting" operation involving a set of incriminating ledgers that could land the next three generations of mobsters in Sing Sing. Of course, our heroes couldn't even solve a crossword puzzle without throwing in plenty of hard-hitting action- and City Heat is no exception! They clean up the town, but only after a white-heat series of slugfests and shoot-'em ups that are hilarious self-parodies of their screen images.
Director Richard Benjamin, who captured the '50s and then the '40s in the period films My Favorite Year and Racing with the Moon, showcases the '30s in this bouncy gangland caper that's supported by a top-notch cast. Richard (Shaft) Roundtree is Reynolds' ill-fated partner and Irene Car is his ladylove, a speakeasy songstress who soars to number one on the hit list of cigar-chomping mobmen Tony Lo Bianco and Rip Torn. Jane Alexander is Burt's loyal Girl Friday- and the object of Clint's tentative affections. Madeline Kahn is Burt's glizty girl friend who confronts him with the one four letter word that would make any hard-bitten shamus reach for a bicard: love.
Both hard-boiled and hilarious, City Heat is your hot video ticket to sizzling entertainment!
Running Time: 98 minutes/Color/Rated PG/1984/All Regions
SHIPPING: USPS MEDIA MAIL WITH TRACKING 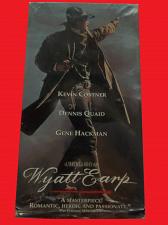 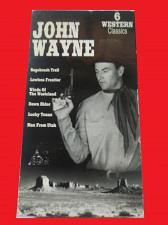 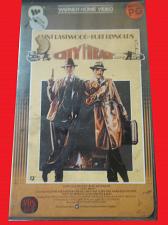 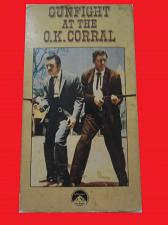 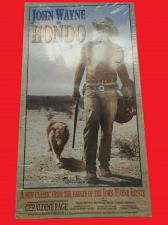