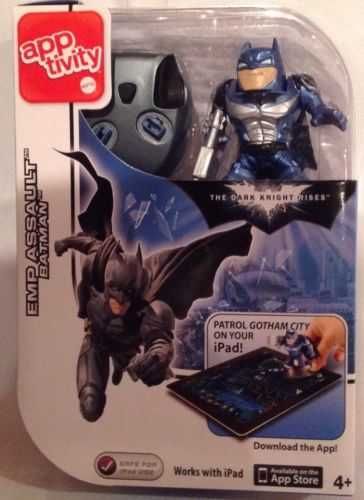 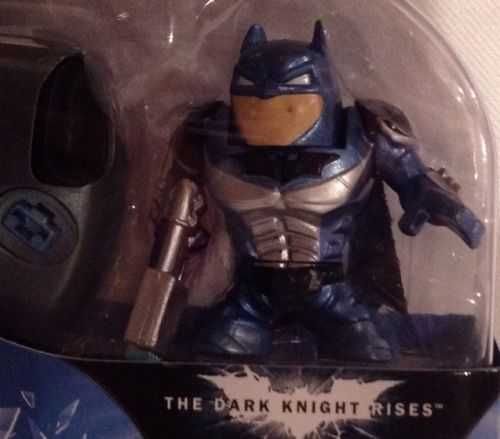 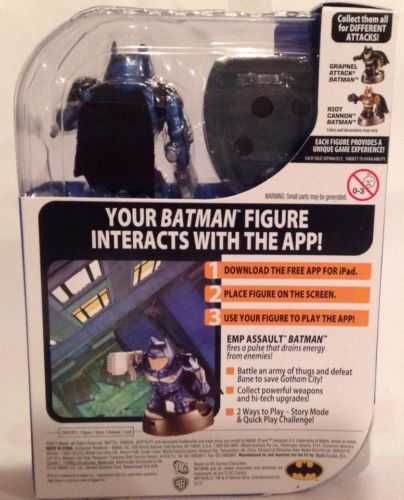 Batman The Dark Knight Rises Apptivity Single Pack Collection: Batman is brought to life in new ways on a digital level! Interactive crime-fighting adventures based on the blockbuster movie!

Each item in this collection features a Batman figure with different crime-fighting accessories and gear in the app game play on an iPad, such as a grapnel gun, riot gear and the EMP new blaster from The Dark Knight

Each level requires the use of one character, but depending on which Batman character kids use in the game, they get an entirely new experience, unlocking extra bonus features.

Kids can play The Dark Knight Rises Apptivity app entirely with just one character, but the full Gotham City effect comes to life when all characters are utilized.

Included with the figure are instructions on how to download your free Batman The Dark Knight Rises Apptivity iPad App.

This item is NEW IN PACKAGE 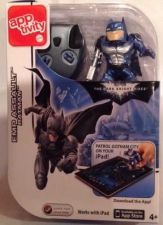 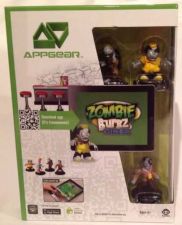 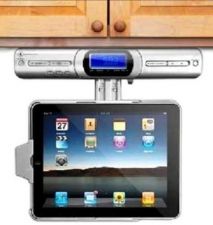 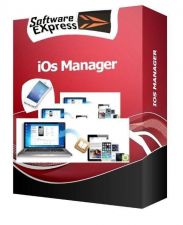 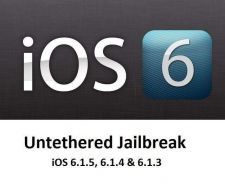