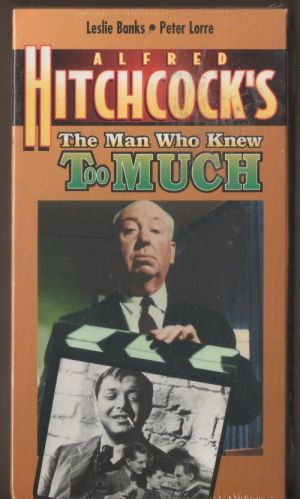 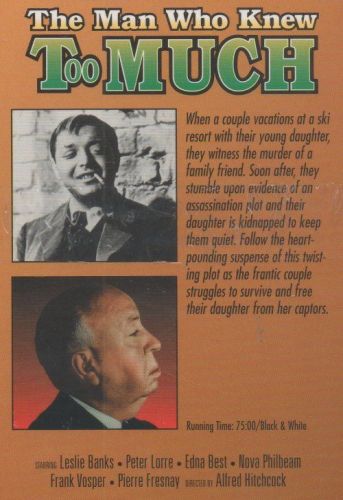 ALFRED HITCHCOCK THE MAN WHO KNEW TOO MUCH VHS NEW SEALED

THE MAN WHO KNEW TOO MUCH

Much proved to be the international "breakthrough" film for British director Alfred Hitchcock, transforming him from merely a talented domestic filmmaker to a worldwide household name. While vacationing in Switzerland, Britons Leslie Banks and Edna Best befriend jovial Frenchman Pierre Fresnay. Not long afterward, Fresnay is murdered. He whispers a secret in Banks' ear before expiring. This is witnessed by several sinister foreign agents, who kidnap Banks' daughter Nova Pilbeam to keep him from revealing what he knows: That a diplomat will be assassinated during a concert at London's Albert Hall. Unable to turn to the police, Banks desperately attempts to rescue his child himself, still hoping to prevent the assassination. The film's now-famous setpieces include the "Siege of Sidney Street" re-creation and the climactic clash of cymbals at Albert Hall, followed by the crucial scream of Edna Best. German film star Peter Lorre made his English-speaking debut in The Man Who Knew Too Much, though he was still monolingual in 1934 and had to learn his lines phonetically. Written by A. R. Rawlinson, Charles Bennett, D.B. Wyndham Lewis, Emlyn Williams and Edwin Greenwood

ALFRED HITCHCOCK THE MAN WHO KNEW TOO MUCH VHS NEW SEALED
$1.75  Buy It Now 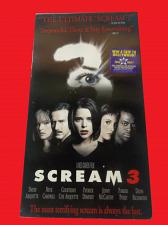 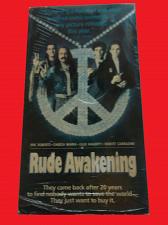 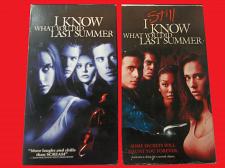