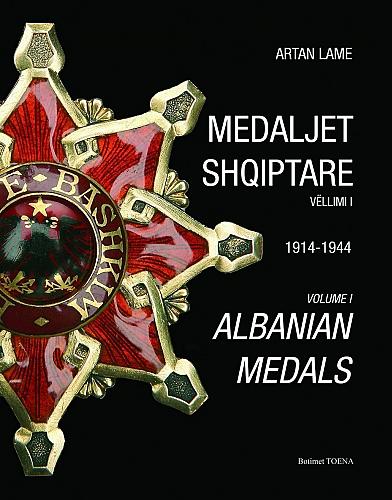 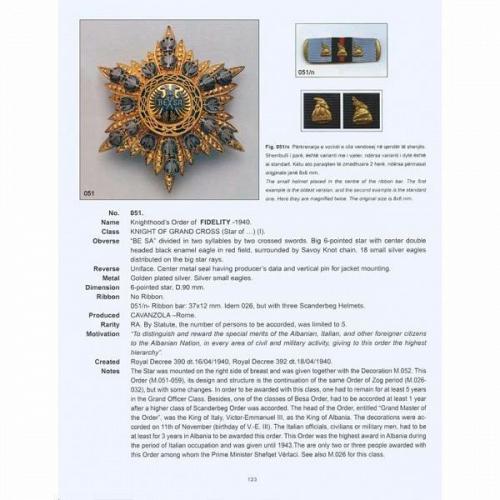 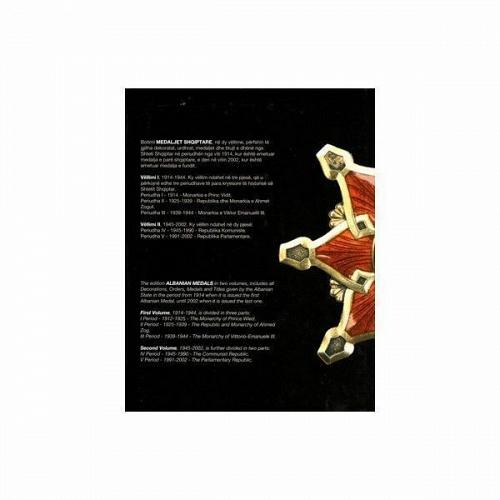 Shipping Information: If you win 2 or more items I can combine the SHIPPING. Shipping include tracking number.

If you are looking for any other book from Albania please contact us.

Medals, along with stamps and coins, constitute one of the most eloquent symbols of the “ego” of a state that speaks of its efforts to affirm its people, its uniqueness and its trace in the World. The example of the Albanian State provides undeniable proof of the eternality of this symbol and reconfirms for the thousand time the prevalence in the Albanian Sub consciousness of the feeling of honor over the material pleasures of this world. Thus, the Albanian State, born in 1912 awards his first decoration in 1914 and awaits year 1925 to produce its own currency.

One of the branches of Historical Sciences is the one that covers the disciplines of a figurative character like Heraldry, Philately, Numismatics, Medalistics, Sigillography and Military Symbology. Some of these disciplines do not exist in Albania and others are just coming to existence. By the lack of references in the Albanian historical literature Medalistics can be considered as “Tabula rasa“ and the ego of the collector and researcher in me is flattered by the fact that this book is the first effort in researching so tangibly beautiful a field.

The origin of the contemporary orders and decorations is found in the religious orders and further in the knightly orders of XII and XIII centuries of the Middle Ages that were first created as small unions of selected people whose holly duty was the liberation from the unbelievers (Moslem) of the Holy Tomb of Jerusalem. Worth mentioning are the Order of the Knight Templar, Order of the Teuton Knight and the Order Hospitaler of Saint John presently known with the name of Order of Malta.

With the passing of time the religious orders and others that were established at a later period started to take more secular forms thus transforming in ordinary Knightly Orders headed by a monarch and made up of nobles and other individuals of trust. The continuance of this process resulted in every monarch of the XIV and XV century being at the head of at least one dynastic order and bearing the title “Grand Master” and to which adhered all the nobles and vassals in his service as well as other equal monarchs in accordance with their degree of nobility or the services afforded to him. Among these orders we would like to mention two of them still in existence today: the Order of the Garter in England (1348) and the Order of Golden Fleece in Spain.

The big change, as it was the case when the principles of modern society were concerned, was brought by the French Revolution and its direct product: Napoleon. The latter, faced with the need to reward the bravery and values of the generation of the revolution that established the French Empire (mostly individuals who had advanced in society through personal achievements rather than titles of birth) established a decoration that could award this new kind of merits, as a new order that would comprised not only nobles but also individuals of more humble descent.

This order, which is still in existence in a slightly different form, is the Order of Legion of Honour (1802) and constitutes the basis of the present decoration system.

The contemporary systems of Decoration are three:

- The Anglo-Saxon system, is the oldest  and is based on the coexistence of several Dynastic Orders, Orders of one or few degrees of distinction that, generally stated, assigned different types of decorations to different types of achievements. The system is applied in Great Britain, in the Anglo-Saxon world and in former British colonies and United States of America. Traces of its application are also found in the contemporary European monarchies.

- The French system, is based on the coexistence of few decorations (two to four Orders) of several degrees of distinction (3 to 8 classes) and awarded for civil and military merits. The French system is considered most modern and is applied in all Western Europe, former European colonies in Africa, Asia and Latin America and after the ‘90 was reestablished in the countries of Eastern Europe.

The degrees of this Order, are as follows:

This is only a typical scheme of the classes because it varies according to the country where it founds application. Thus, there are variations of this order that have 3 main classes of distinction, the second and third class having a sub-class or others that have no sub-class.

- The Soviet system, as the name itself denotes, was established after the October Revolution and prevailed in the whole communist world till the fall down of the soviet system, at the beginning of the ‘90-ies. This system is based on the coexistence of a great number of orders and decorations (at least one for each field and activity of life) and comprises one to three degrees.

Presently, the system survives in countries like North Korea, China, Vietnam and other countries belonging to that category.

The organization of the Soviet order is the following:

Were we to scan the history of Albania we would find that: 1914 - 1944 French System; 1945 - 1990: Soviet System. Lately, in the post 90 period there is no system but only a mixture of soviet remains and clownish copies of the Anglo - Saxon system. With the hope that the situation will soon improve allow me to go back to my book.

This book is made up of three volumes:

The First Volume, relates all the Decorations (Orders and Medals) established and awarded by the Albanian State during the period from 1914 to 1944. This volume is further divided in 3 parts corresponding each to one of the three main periods of the Albanian State.

The following information is provided with the scope of making this schematization of the history of Albanian State clearer to the reader.

-First Monarchy 1912-1914: Albania is known as an Independent Principality, till expulsion of Prince of Wied.

-First Regency 1918-1924: Period from the Congress of Durres that recognized the monarchy, till the overthrow of Fan S. Noli Government.

-Third Monarchy 1939-1943: Period of Vittorio-Emmanuele the III-rd, till the capitulation of Italy.

The Second Volume, relates all the Decorations (Orders, Titles, Awards and Medals) established and awarded by the Albanian State during the period from 1944 till today. This volume is further divided in two parts:

The Third Volume, is currently being prepared and will comprise information on Military, Religious, Sports, Cultural Commemorative Medallions and Medals as well as other Albanian or Foreign medals made in Albania or representing Albanian motifs.

The following pages provide information on the sources of reference, terminology and abbreviations used trying to keep as far as possible with generally accepted European standards.

It is followed by the List of the Decorations and the Catalogue of Decorations. The listing of the decorations in all the components of the Catalogue has been done in order of relevance starting in decreasing mode from the most to the least important.

It is understood that, for a plethora of reasons, this Book still has some inaccuracies and deficiencies which I promise to mend by means of further research.


Payment methods accepted:
Return Policy:
Item must be returned within: 7 days - Buyer pays return shipping costs.
Refund will be given as: Money back 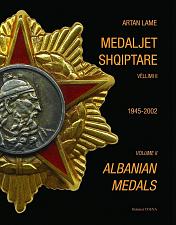 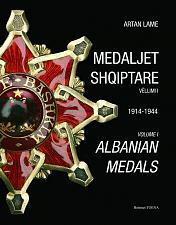 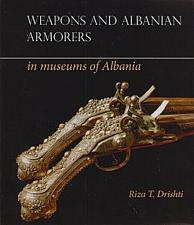 Weapons and Albanian armorers in museums by Riza T. Drishti. Book in English
$59.99  Buy It Now 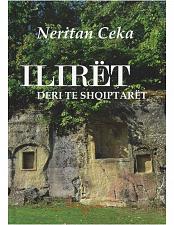 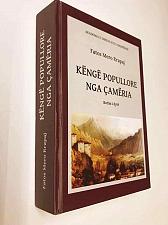 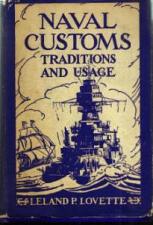 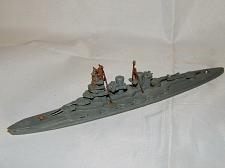 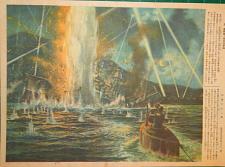 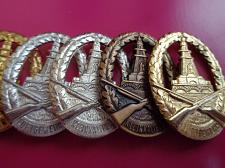