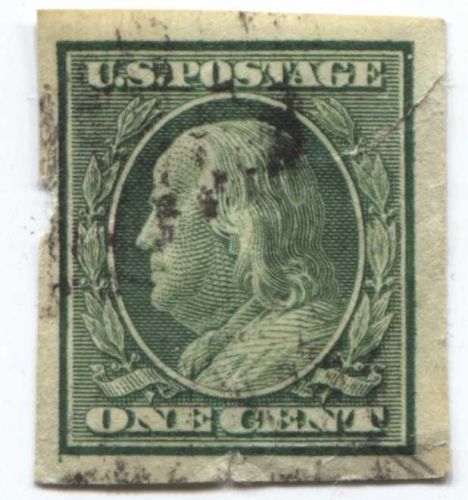 1908 or 1910 One Cent Franklin Green Imperforate!!! Cannot make out Watermark

Haven't been able to make out the Watermark, so this is either the 343 or 383...either which is fairly valuable, but I'll error on the side of caution and price it with the lower of the two until I can be more specific.

Pencil on the back with "575" which this stamp obviously is NOT.

Issue Date: January 28, 1911
Printed by: Bureau of Engraving and Printing
Method: Flat plate
Watermark: Single line
Perforation: None
Color: Green
In August of 1910, the Bureau of Engraving and Printing made the decision to change the USPS watermark. In addition to reducing the size of the letters, the style was changed from a double line to a single line. The purpose was to strengthen the paper and give it a more uniform thickness, since the old watermark had a tendency to weaken the structure of the paper.
Since money was in short supply due to the economic pressures of World War I, the watermark was discontinued in 1916 in an effort to cut back on production costs at the Bureau. By not using the specially produced watermarked paper, a large amount of money could be saved. It was decided that this savings was so significant, it outweighed the risk of counterfeiting. 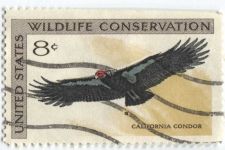 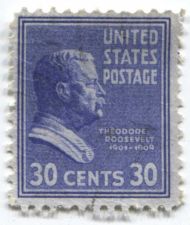 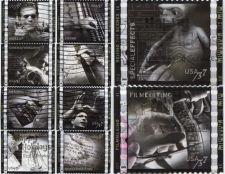 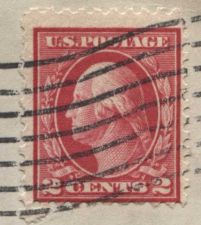 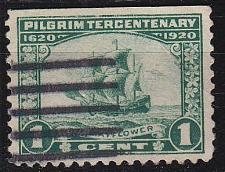 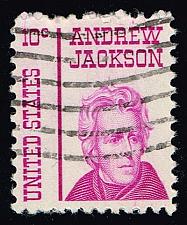